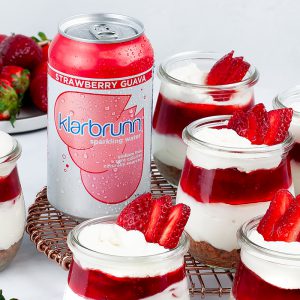 If you prefer a more savory and creamy dessert, you can double the cheesecake filling and halve the strawberry jam. If you want to make this gluten free but don’t have certified gluten free graham crackers, you can omit the crust. If you’re making this in clear jars and want beautiful distinct layers, it’s very important to pipe the cream cheese filling and whipped cream layers in (instead of spooning them in). If you spoon them in, they’ll look messy at the edges. If you don’t have a piping bag or don’t want to pipe the layers in, I recommend using an opaque container.
proadmin2022-11-04T15:28:14-05:00
Page load link
Go to Top